You are here: Home1 / Blog2 / Improving Your Data Processing3 / How to learn a scripting language like MRDCL?

BLOG: How to learn a scripting language like MRDCL?

MRDCL offers almost limitless power when producing market research crosstabulations – and, importantly, it does this efficiently. However, developers of high-end software products often fail to tell you how to become as effective as possible in your use of the product. This guide aims to give you a candid guide on what to expect, what to consider and how to reach the level you need without wasting time.

Learning the way that suits you

Everyone is different when it comes to learning. At one extreme, I recall an MRDCL user in Japan who read the manual from cover to cover and, besides missing one or two things, became a proficient user seemingly in an instant. However, I don’t think he was typical. Most people improve their skills with increased knowledge and opening up to new ideas, practising and, perhaps after some struggles, succeeding. 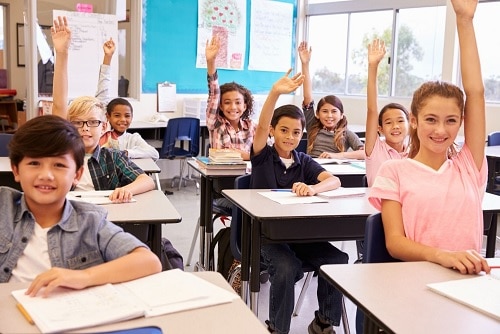 The first consideration is your background. If you have a programming background or have used another scripting language like Quantum, Merlin or Uncle, you will have a different starting point to someone new to survey analysis. Indeed, transitioning or having previous experience of Quantum or Merlin will likely lead to different approaches. So, let’s consider the most common four types of new MRDCL users.

New users of MRDCL experienced in Quantum are likely to know what is possible in tabulations. Indeed, we find former Quantum users quickly learn the basics of MRDCL. The most significant challenge results from Quantum being a highly structured language. The recode/edit section is a different language from the rest of Quantum, but it is more or less redundant in MRDCL.

MRDCL is different to Quantum

This redundancy often surprises former Quantum users. In MRDCL, you can generate new variables and clean data without recoding the original data. In MRDCL, it is more common to construct variables as you go through the questionnaire or analysis, adding rules or edits as appropriate using its single consistent scripting language. Quantum often only offers one way of doing something due to its structured syntactical format. MRDCL provides a lot more freedom and usually more than one way to approach something complex or repetitive. Slavishly following Quantum’s style in MRDCL will sometimes lead to inefficient use of MRDCL. It’s a little like the level of my ability to speak French. I am reasonably proficient but manage by translating each word from English to French one at a time quickly. I don’t think French. If you are coming from Quantum, try not to think Quantum; think MRDCL.

Transferring from Merlin presents even less effort than moving from Quantum. MRDCL and Merlin come from the stable; both have roots in Sage, a tabulation language over 30 years ago. This benefit makes learning the basics simple; the structure of the two programs is almost the same, with many of the same commands. Then comes the more challenging part. MRDCL has had some amazing productivity tools added to make automation easier as well as helping with both complex or time-consuming, repetitive tasks.

MRDCL’s template feature, for example, has no equivalent in Merlin. This feature offers substantial productivity gains while deskilling tasks so that less expensive staff can assist with the data analysis process. It also means that project handovers, staff illness and teamwork become more efficient. MRDCL Central also allows automation of imports, multiple analysis runs and outputs to other formats. Again, Merlin has no equivalent. On the surface, a transition from Merlin is easy, but it is essential not to miss the opportunities that MRDCL offers.

A programming language background is helpful to learning MRDCL, particularly with a background in survey analysis. MRDCL is not the same as a general-purpose language like Visual Basic, C++, R, Python, Javascript etc. MRDCL has built-in tools to make the management and analysis of market research data as easy as possible. Understanding these tools is the first step, particularly as using them will be easier than it would be for someone with no experience. The MRDCL Understanding Concepts videos cover a lot of ground and in sufficient detail to understand how to use them – and why.

Some new users of MRDCL have upgraded from QPSMR Insight or QPSMR Companion. QPSMR uses MRDCL script as its engine for running tables. This connection offers a way to learn MRDCL at an early stage as MRDCL script is automatically generated by QPSMR – it can be used as a learning tool. However, this may be limited as QPSMR does not always generate the most efficient code, so learning MRDCL’s shortcuts and power tools should not be avoided.

QPSMR offers limited access to MRDCL script, so a full MRDCL licence is a natural progression for those seeking to handle more complex work or larger volumes. MRDCL will bring huge efficiencies in the right hands; examples of this are – automation, complex variables, complex tables, complex weighting processes, complex data structures, repetitive requirements (simple or complex). An experienced QPSMR user will understand the basic terminology but will need to study introductory MRDCL videos to get to the next level.

If you have little or no experience, it is helpful to have some grounding in market research analysis before taking on MRDCL. Using a non-scripting 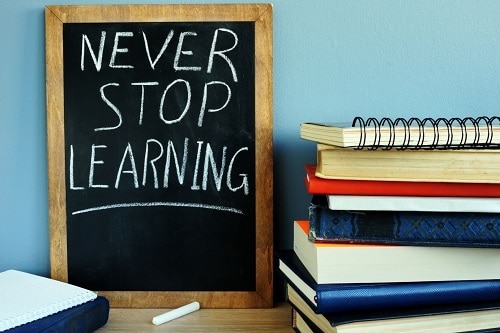 language survey tool will be good enough in most cases. There is an excellent series of ‘Getting Started’ videos that teach the basics of MRDCL. Like any new user, getting used to the syntax takes practice until it becomes second nature. I would recommend talking to our support staff, who will suggest a programme of learning that will meet your precise needs – more of which I will discuss shortly.

I find that MRDCL broadly goes in three phases – the basics, proficiency, expert. Learning the basics does not take long. Like any language, learning the fussy syntax can be frustrating at first, but this soon becomes natural. Indeed, one of the significant advantages that new MRDCL users report is that it is a very logical language – what you expect to happen works! The second step is the proficiency phase, which some users stay at if their work demands are of a moderate level or each project is, perhaps, similar in structure. With proficiency comes speed, accuracy and high-quality work.

The next step is expert status or expertise in a particular part of MRDCL – this may be handling complex data structures, complex tables, tracking studies, complex weighting, time-consuming or repetitive needs etc. This type of task sometimes needs an ability to be objective, understand a problem or challenge, and work out a productive approach. Again, our video library addresses many complex areas, but discussing a challenge with us can introduce you to efficient processes. This service is free to use.

One of the considerations I encourage new users to think about is how you want your team to work. Clearly, there is little flexibility if it is a team of one! 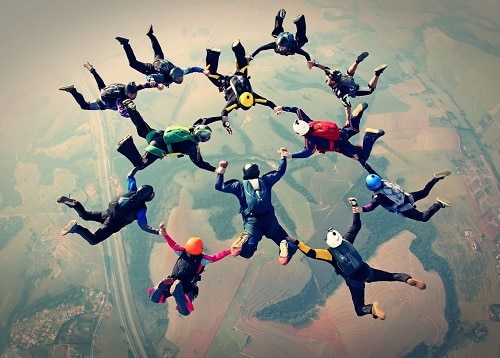 One of the problems I have seen with many data analysis departments is that each person works individually. This problem emanates from the problems programs like Quantum and Merlin can cause. Sharing projects is generally difficult or impossible. This problem makes it difficult for managers to handle peaks and troughs, unexpected delays, urgent needs, illness and staff leaving. We redesigned MRDCL ten years ago, so project sharing became more practical to use and brought greater team efficiency. Also, using templates where possible meant that understanding a colleague’s work became far more intuitive. So, let’s look at MRDCL’s unique template tools.

When programming anything, it is easy for programmers to rewrite script that is almost the same as something that has been tried and tested previously. The reason for this is that finding the script and amending it to the particular needs of the current project may take as long as rewriting it – I would also add that it’s easy to underestimate the time spent writing script afresh.

Templates in MRDCL allow you to build simple solutions that can be as adaptable as you need for complex or repetitive tasks. MRDCL templates mean that junior or unskilled staff can assist you with parts of a project. All too often, I have seen highly-skilled data analysts spending, perhaps, 80% of their time doing simple work because 20% of a project is complex. Templates allow parts of a project to be separated and handled as appropriate. Again, we have videos illustrating this. The gains can be significant in most cases.

I recall many years ago learning how to program in Visual Basic. Over a couple of days, I proudly produced a program that performed some magic with some data; I forget precisely what! I showed the program to someone who was an expert in Visual Basic, and in 20 minutes, they rewrote the program in about 5-10% of the code. I learnt a lot, but I learnt the hard way. It’s the reason why we encourage MRDCL users to ask for help or allow us to critique their scripts periodically. We can show you better ways to get better value from your MRDCL licence and save money. Again, it’s something we offer at a low cost and, in most cases, free of charge.

I do not wish to pretend that learning a highly-featured product like MRDCL is easy. I would say that wisely investing time and effort can bring huge productivity gains, which will repay you over and over again. Every new user has different needs and goals. We like to understand your needs thoroughly to help you have a successful onboarding process. Let’s talk!

How to build and manage templates for tabulations in MRDCL

How to merge data sources using MRDCL
Scroll to top